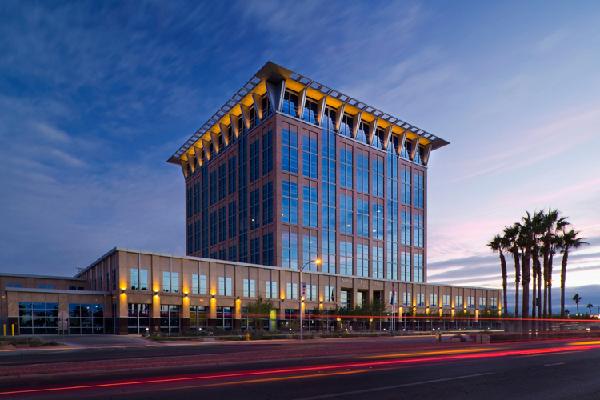 Click here to request recognition by the Mayor and City Council

North Las Vegas is known for its successful industrial, commercial and residential development. Part of the Las Vegas Valley, North Las Vegas is fast-becoming a major metropolitan city of the millennium. We are a community of unprecedented growth and development, anchored by a robust future and community pride. Continue to join us as our web site evolves. Currently, the site provides you with descriptive information about our City and services. We achieved the goal of relaying the most essential information that is quickly and easily accessible. Stay tuned for future phases of web site development showcasing highly interactive features. We are a committed City Council who care about our community, quality of life and your views. Thank you for visiting our site. As our motto states, we are "Your Community of Choice."

The City of North Las Vegas operates under a Council-Manager form of government. The Mayor and four Council Members are elected on a non-partisan basis to serve a four-year term. Effective January 1, 2000, North Las Vegas council wards were created. Each Council Member shall be voted for and elected only by the registered voters of the ward that the Council Member represent. The Mayor must be voted upon by the registered voters of the City at large. Terms of office are staggered so that City-wide elections are held every two years for two or three of the five offices.

The five-member City Council is the legislative, or policy-making body of the City. By a majority vote, the Council may enact, enforce ordinances and orders, and pass resolutions necessary for the operation of municipal government and management of City affairs. The City Council appoints the City Manager who serves as the Chief Executive Officer to oversee daily municipal operations. Council members also actively serve in leadership positions for numerous intergovernmental agencies and associations to further the interests of the City of North Las Vegas.

The North Las Vegas City Council has adopted a strategic plan developed through citizen, business and stakeholder participation. The plan outlines five goals the City aims to meet over the next five years. Those goals are as follows:

Receive our Newsletter in your email inbox

Your information is confidential and wont be shared with anyone.